The story from NRS's Founder, Bill Parks, the name behind the bag.

Early in the days of supplying whitewater boating gear out of my garage, it was evident that boaters needed dry storage for their multi-day trips. At that time military surplus bags were available for about five bucks. With these bags available at $5.00, there was really no market for someone to manufacture and sell dry bags. However, by the mid-1970s those military waterproof bags were becoming very scarce and the price was climbing. Andy and Bax, who sold military surplus and boating gear in Portland, Oregon began limiting bag sales to only customers who were buying boats. Meanwhile, Campways, a manufacturer of neoprene rafts, started importing envelope-style dry bags. They were made of rubber and required the same manufacturing process of cold gluing as Hypalon® boats.

After some initial research, I considered making bags out of PVC material, which was becoming widely available in many colors and weights. I soon learned that welding PVC was much faster and more economical than any glued bag. I contacted a small company in Seattle and started traveling there on the weekends to work on the design. Money was tight then, so to save my scarce dollars the factory owner even let me sleep on his couch.

Getting some inspiration from the way paper grocery bags were made, we developed a roll-down bag with buckles and a flat bottom. To ensure that they wouldn't leak where the straps were attached, we first sewed the straps and buckles on patches and then welded them on the bag. We still use this method today.

We tried out several sizes and finally settled on three sizes. We named the sizes by the approximate cubic feet of gear they would hold and thus we had the Bill's Bag 3.8, 2.2, and for a while the 1.2. After making some samples we had to order the PVC fabric. Ordering fabric far in advance meant a large up-front investment for a yet unproven product line. Fortunately the factory had over 3,000 yards of orange material left from a cancelled truck tarp contract. So naturally we started with orange bags! Others must have thought we had done a lot of research on the color since soon we had lots of competitors and yes, their bags were all orange. When we used up the 3,000 yards we moved on to more market-pleasing colors.

Since those early days the refinements and improvements have been numerous; the round bottom, the fold-down StormStrip™ closure, removable backpack-style straps, stronger buckles, sturdy carry handles and many different shapes and sizes. Today we sell more Bill's Bags than ever and these bags still show their early roots in the old surplus and first generation Bill's Bags. Look for them on the water. 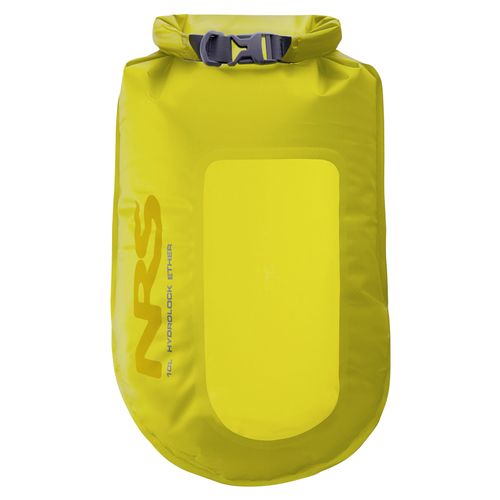 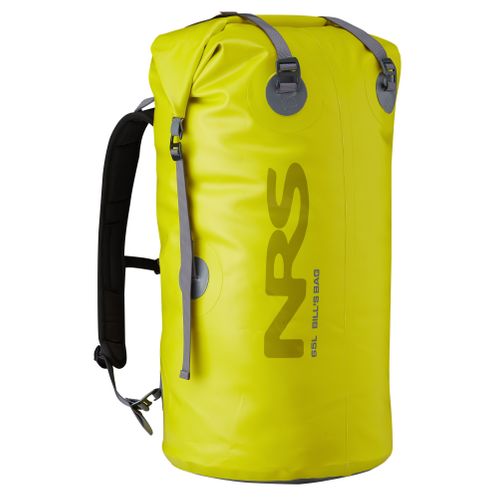 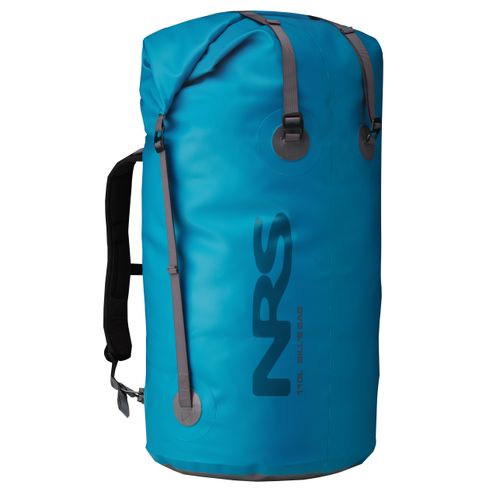 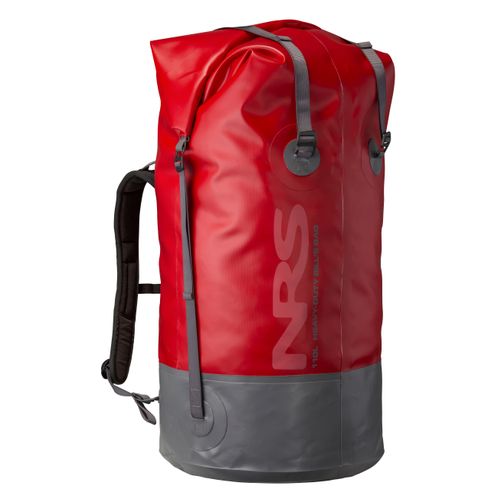