The NRS Raft Frame Anchor System is a popular accessory to the NRS Fishing Frame, allowing the rower to easily raise and lower the anchor from the rower’s seat. The Anchor System attaches to the NRS Raft Frame with Stern Seat Mount using the included hardware. This video provides step-by-step instructions for installing the Anchor System on your raft. The system consists of three parts: the control system with the rope jamb cleat, the intermediate pulley and the anchor mast.

The control system is mounted in front of, and to the right of the rower. It can be attached to any cross member with a LoPro Fitting, but normally you’ll attach it to the foot bar. Remove the bolt that attaches the LoPro to the bar. Replace it with the included longer bolt and tighten it securely.

Now attach the intermediate pulley. Normally, you’ll attach it to the rear cross bar on the center frame. Replace the LoPro U-bolt with the included oversized U-bolt. The pulley bracket fits over both legs of the U-bolt. Tighten the two legs down evenly.

Next attach the anchor mast to the seat bar on the Stern Seat Mount. With a heavy anchor hanging off the end of the mast you’ll want to cinch the U-bolt tight on the LoPro to prevent it slipping.

Finally, thread the anchor rope through the pulleys and attach your anchor. You’ll want at least a 3/8" diameter rope; the jamb cleat will take up to a 1/2" diameter rope. Rope length depends on the depth of waters you’re fishing in, but you’ll want at least 30 feet. Types of anchors are dependent on river bottom conditions; if you’re unsure, check with local boat shops for the best ones in your area. 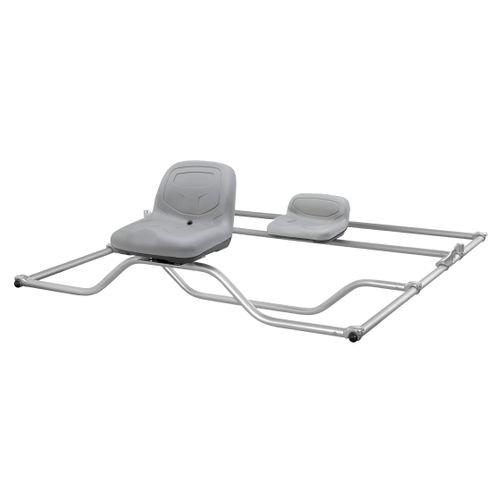 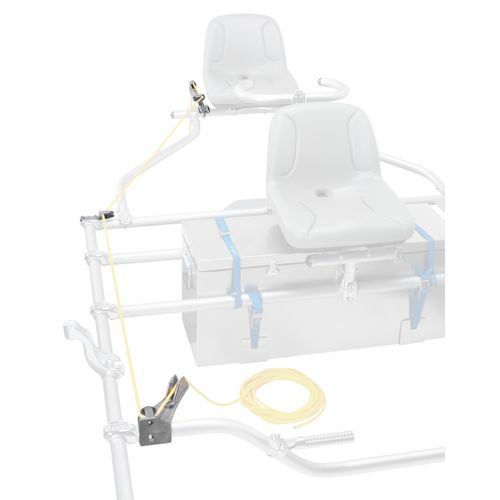