As the raft plowed into the big wave at Bob's Hole on the upper Clackamas and began turning and tilting as only a doomed raft will do, instinct took over. One moment I was on the low corner of the paddle raft as bodies began sliding at me, the next moment I was underwater looking up at the bottom (actually the top) of the raft and seeing all the pretty bubbles. I pushed the raft away and surfaced. Having done this a few times in my 20 years of rafting, the situation seemed relatively under control as the raft was nearby, albeit upside down and I was prepared for a swim with a dry suit, helmet, Hi-Float life jacket and lots of fleece insulation. No worries, right? Was I in for a surprise!

As my head broke the surface I naturally was looking to get some air. After all, anyone in this situation has been holding their breath for awhile since sliding off the boat, finding oneself under the boat and then pushing the raft away while underwater. While the amount of time can vary, I suspect I held my breath maybe 20 seconds. It always seems longer while underwater but time moves at an unusual pace down there. Imagine if you can, coming up and not being able to breathe. If inhaling doesn't work, how about coughing! Nothing doing. Try again and again. I was so shocked by this phenomenon that I gave up my initial quest of grabbing the raft. Instead, I was grabbing my throat and focusing on that. The raft got further away. I continued to try to breathe but there was absolutely no sensation of air movement either in or out. Later I was to find I'd suffered a laryngospasm and had been a candidate for a dry drowning.

While the focus of this article is on the swim, I'm sure some are wondering how we ended up flipping at Bob's Hole. Last May, after volunteering at the NWRA Upper Clackamas Whitewater Festival event for most of Saturday, several of us thought a short raft trip that afternoon was well deserved. We grabbed a 13' raft, rescue gear, etc and had 5 paddlers that included 3 current or former paddle raft guides and 2 other very experienced boaters. With a strong crew all dressed to swim in either dry suits or wet suits, everyone wanted to go for the big holes on this class 3-4 run. No wussy routes allowed! I was elected paddle captain having the most experience. We put in at Fish Creek and the Clack was running a bit over 3000 cfs, bigger than usual for May, but very runnable. We hit the good stuff in each rapid and other than having 2 paddlers leave the boat at Toilet Bowl, it was a smooth run and lots of fun. The big wave at Bob's Hole beckoned. Perhaps a 14' raft would have been better; the swim for 4 of the 5 of us was uneventful....

So what is a laryngospasm? You can do some research on the internet under drowning, dry drowning and laryngospasm. There is some correlation to the Mammalian Dive Reflex in that all mammals may experience this involuntary reflex where the larynx closes the throat. It can be triggered by a number of things, most commonly a splash of cold water on the back of the throat or vocal cords. The research says that roughly 10% of drowning victims suffer a "dry" drowning where water wasn't inhaled into the lungs. The other 90% experience a "wet" drowning where water is breathed in at the last moment as air has run out and the brain tries to figure out what to do.

There is some great information in Sebastian Junger's book, "The Perfect Storm", which tells the story of the fishing boat tragedy in the Atlantic. He devotes a chapter to the physiology of drowning that is quite fascinating. His research says you can't actually make yourself pass out by holding your breath. As you run out of air underwater, the brain finally figures that holding one's breath isn't working so it might as well breathe. Water is inhaled and any further hope of oxygen getting to the brain is now very diminished unless CPR is given almost immediately. It is also important to clarify that a laryngospasm is not the same as having one's breath knocked out from force, or swallowing wrong and choking, nor is it related to the shock of falling into cold water and having it "take your breath away". These experiences, while uncomfortable, do not involve the larynx and will resolve themselves differently from a laryngospasm.

To continue the story, I was now floating merrily down the river wondering my fate. I could neither shout nor blow my whistle. Waving my arms was my only option but since no one was looking, I saved my strength and the remaining air in my lungs. Since help didn't appear to be forthcoming any time soon, self-rescue training took over. It occurred to me I should float feet-first on my back and if anyone was watching me drown at least it would look like I knew what I was doing. The river carried me into two minor holes and I remember wanting to take a breath just before a lot of water crashed over my head.

The irony of situation then struck me as I realized I could die if I passed out. As I continued to float along I was actually thinking: "Here I am, the President of the NWRA no less, and I'm about to become the first drowning victim at our Festival after 23 years of its existence. How embarrassing! At least they won't be laughing behind my back (maybe 6 feet above my back at my funeral)." Later, I read that many drowning survivors report feeling similar thoughts of embarrassment at being in this predicament and concern over putting their families through this.

The scary part of the laryngospasm reflex is that you have no control over it. As I floated along I was struck by the odd fact that I was in no particular danger from the river in that my life jacket was doing its job, my dry suit and fleece were keeping me warm and yet I was in danger of passing out from lack of air. If only I could breathe, this would be a piece of cake. Luckily the river below Bob's Hole just moves along with few waves. I didn't have to expend lots of air swimming for my life. The current carried me toward the bank with minimal effort. Upon reaching the bank and clambering up on a rock, the spasm abruptly ended. Air, glorious air! I coughed a few times but had no water in my lungs. Although a bit unnerved by the experience, I was able to help carry the raft up the bank a few minutes later and suffered no symptoms afterwards.

As I got to thinking about the incident months later, it struck me as odd that I didn't pass out as I was in the river over 5 minutes. Since I can't hold my breath this long and was expending energy, what happened? I can only say that I had no sensation whatsoever of any air movement in or out. Yet one of the other rafters hanging onto the raft maybe 30 feet away reported that he could hear me at times making funny noises. I know I was trying to move air during the swim. He suspected I was in trouble but couldn't get to me. But if I was making some noise, then there had to be some minor air movement. It sure didn't feel like it. All I can say is that my lungs were screaming for air and it felt like I was being smothered. It is not something I ever want to experience again.

Some of you may have seen this article posted on the PNW and Idaho Whitewater Yahoo Chat sites which was done to elicit some information from others who may have experienced this and to hear from any medical experts. The response was interesting and I'll try to summarize:

I believe this phenomenon is generally a bad thing with the rare exception of being held underwater where you don't want to breathe anyway. Otherwise, it is potentially deadly as it minimizes the ability of the swimmer to self-rescue by cutting off the air supply needed to deal with long swims in dangerous water. Recognizing the situation in yourself or a swimmer could be a lifesaver by taking steps to avoid a long swim. Questions and input from readers are most welcome. My phone number and email address are listed on the information page for the NWRA inside the front page.

"Cold water seems especially effective in setting off this reflex and some people, especially those with asthma or a history of throat surgery, are more susceptible than others.

"A paddling doctor writes: 'When laryngospasm obstructs someone's airway for a prolonged period of time (more than 30-60 seconds), you can usually fix it by providing positive-pressure ventilation, essentially the same thing as giving a rescue breath. This might be one reason that many drowning victims respond so well to rescue breathing. A 'wet drowning' victim is less likely to respond and has a higher risk of delayed complications such as pulmonary edema and pneumonia.' Voicedoctor.net says that those who experience this problem should breathe slowly and tilt their head back to facilitate the passage of air, but this may be better suited to a couch than a whitewater river."

So, bottom-line, laryngospasms do occur during boating, and the frequency of occurrence is unknown. Being aware of the phenomena is the first step to dealing with it. Pass along this information to other boaters, so more of our community is aware of it.

If you have this happen to you, don't panic. Do your best to self-rescue, to get to shore. At the same time, call attention to your situation to the other boaters in your party. The universally used signal for choking (publicized by the developers of the Heimlich Maneuver) is to grasp the throat with both hands. Exaggerate this gesture and use other distress signals to call for help.

If you are the rescuer in a swimming situation, look for signs that the swimmer is in distress, not reacting normally, failing to self-rescue, etc. Move quickly to reach the person and give assistance. As pointed out above, a quick rescue breath, which can be administered while the victim is still in the water, will likely open the airway of someone suffering a laryngospasm.

Several e-News readers have given personal and professional feedback on dry drowning. For further information on this phenomenon, check out the related articles links.

Editor’s Note: Two recent tragic deaths have brought up increased interest in dry drowning. Below are some links that deal with this issue. As with all of the information we’ve posted, our interest is informing our readers about a safety concern. We’re not medical professionals, but this info seems on point and worth bringing to your attention. 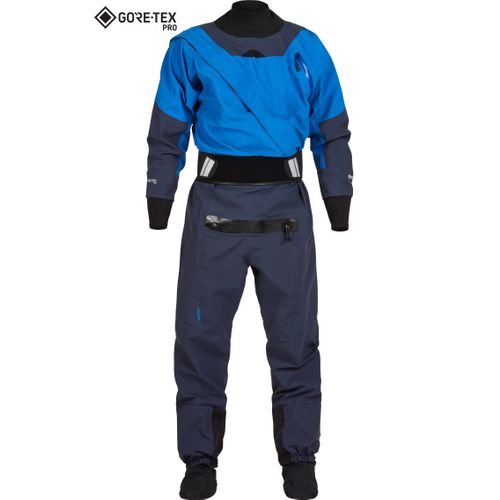 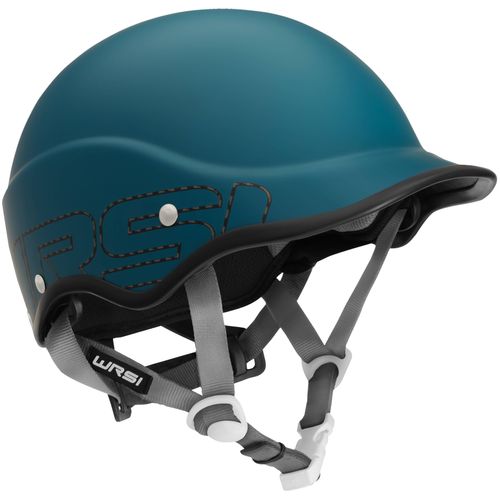 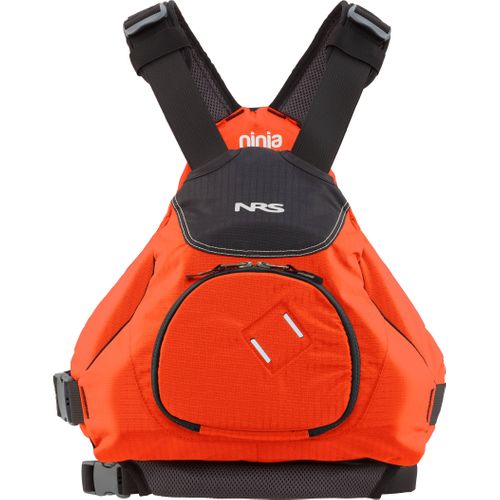 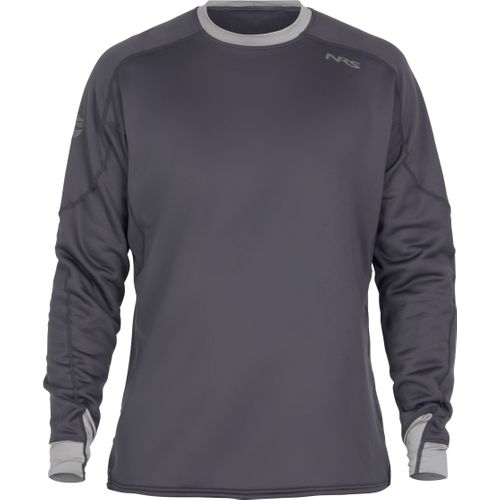