We get asked that question fairly often. Our answer? “We don’t rate the weight carrying capacity of our boats.” Here’s why: 27 boaters on an NRS E-145. Shot in the Hudson River Gorge on an Adirondack River Outfitters trip. The guide putting up with all this folderol is Dingo Dean Francis. © Kevin "Critter" Dixon

We believe giving a weight capacity for them isn’t meaningful in the real-world usage of the craft. Here is a photo that illustrates this point. Adirondack River Outfitters, who run trips with NRS rafts, have crammed 27 people onto an NRS Expedition E-145, a boat 14’6”L, 6’5”W, with 19.5” tubes. Let’s say that those 27 folks, with paddles, helmets, wetsuits, PFDs, etc weigh 150 pounds each; that’s pretty conservative. This would put over 4,000 pounds, or two tons, of weight in the boat. And as you can see, they haven’t completely submerged it.

Compare that boat loaded with 27 people to the photo of an NRS Expedition E-150 (15’L, 7’W, 20” tubes) loaded for a multiday trip. It has three people in it, a MaverIK Pro Pack IK and all the camping gear, food, water, beer, etc for four people.

Now, the boat with two tons in it would move and maneuver like a dog; there’s no way you could push it through whitewater. On the other hand, the boat loaded up for the multiday trip is floating high and is nimble and quick enough to run Class IV whitewater. How much weight is in it? Who knows, but it’s guaranteed that these folks didn’t skimp on gear, food and beverages. Jennie, Adrianne and Tyler geared up for a multiday
trip on the Salmon River, Idaho. © Clyde Nicely

When we backpack, we go to considerable lengths to conserve weight. Most of us at least weigh the loaded pack. How many of us weigh everything (anything?) that goes into our rafts or cats? We learn from experience how heavily we can load the boat and still have it be maneuverable enough for the water we plan to run. 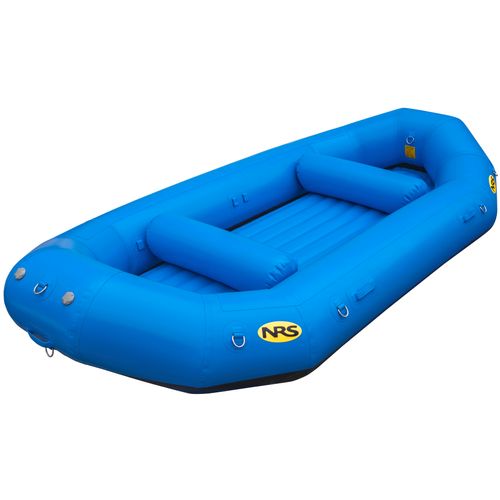 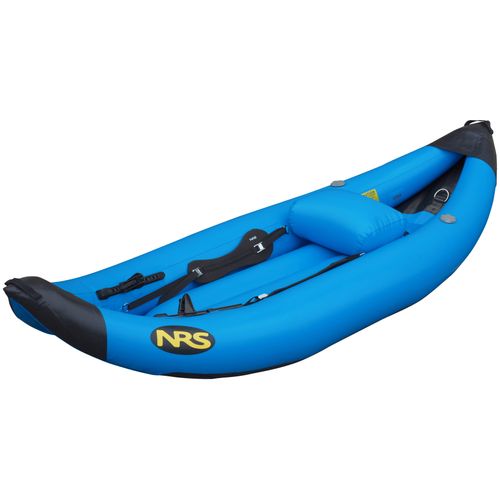